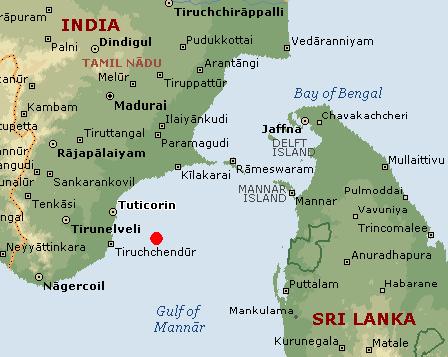 shortest distance is about 20 nautical miles from Dhanushkodi on Rameswaram Island to Talaimannar on the Northern tip of Sri Lanka and less than 100 km from most of the coastal towns of Tamil Nadu in India. The route across the sea from Dhanushkodi is along the submerged Adam’s bridge, a set of rocks strewn under the sea which Indian historians trace to the times of the Hindu epic Ramayana. I did however discover that recently a few cruise liners had started operating from Mumbai along the western coast of India touching Mangalore/Goa/ Cochin and Male before reaching Colombo and are run as luxury liners rather than ferries making them frightfully expensive. ( now closed due to COVID).

It took my memory back to my visit to Dhanushkodi nearly sixty years ago. As a ten year old boy, my family and I  drove down to Mandapam for a train journey on the then 50 year old Boat Mail. The train as my father told me started from Madras (Chennai) and crossed the sea bridge near Mandapam on the mainland  to Dhanushkodi the last point of India. It fascinated me no end that the passengers would then board the steamer and reach a “far off foreign land” – the Ceylonese coast in just 45 mins.

We boarded the train at Mandapam and were soon over the 2 km long O’Shaughnessy bridge. ( the Pamban Bridge). Being in the middle of the sea with howling winds and the thrashing waves made the journey a fearful experience which is still etched in my memory after all these years. In those days carriage windows were always open! We soon got across the bridge quickly past Pamban to the last stop Dhanushkodi. As I jumped off the train I saw a huge steamer named GOSCHEN waiting to ferry passengers from the train to Ceylon. This was was my first and only  glimpse of an ocean vessel and remained so till many years later when I was privileged to be on board an Indian Naval ship. A holy dip in the sea and we were back on the returning Boat Mail. But what really stands out is the fact told to me some time  later that we are on the last train which crossed the sea bridge before a devastating cyclone swallowed the sea bridge along with an entire train load of passengers! And along with it Dhanushkodi town too was gobbled up by the sea and stands today as a ghost town.

Over the years one came across bits and pieces of news about the bridge and about impending ferry services between the two countries. After the cyclone the ferry services were run from Rameshwaram till the Sri Lankan Civil war forced a halt in 1984. 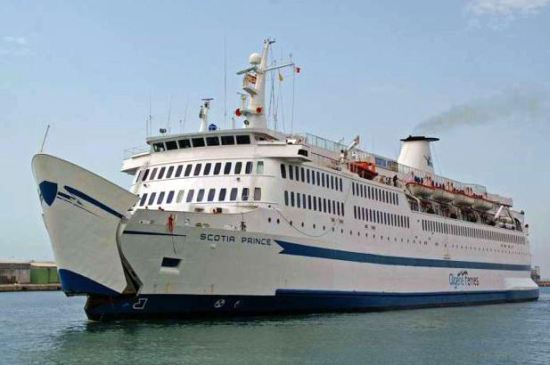 For a very short while in 2011 a boat MV Scotia Prince ran between Tuticorin and Colombo and that too was discontinued within months due to commercial issues. There has been many a proposal to start a ferry service, the most recent being an announcement by the Indian Shipping Minister of a service between Karaikal and Jaffna – a distance of about a 100 km but nothing has fructified so far. In the intervening  sixty years   a road bridge has come across the sea adjacent to the rail bridge and a third bridge is fast nearing completion but there is no sign of any ferry service.

I really wonder when and if ever a ferry service will ever resume – After all it is only a short ride between two countries with a historic past and close connections between its people- World over such ferries ply across short distances in all the oceans and continents? Why not here? Is this a deliberate foreign policy decision to avoid closer ties between the countries? Is it the objection of the people on both sides who believe that a ferry would hurt their sentiments? Or is it just sheer apathy to promote tourism and free movement of people. Or is it simply commercially unviable? OR ?

I am not an expert on any of these issues but as an ordinary tourist I wonder why I must visit Italy to take a ferry from Salerno to Positano on the Amalfi coast and then blog about it  (Onward to Amalfi )when there could have been another ferry closer home to Srilanka. I don’t have any of the answers and would be delighted to hear from my readers if they have any thoughts or updates on the India Sri Lanka ferry service .